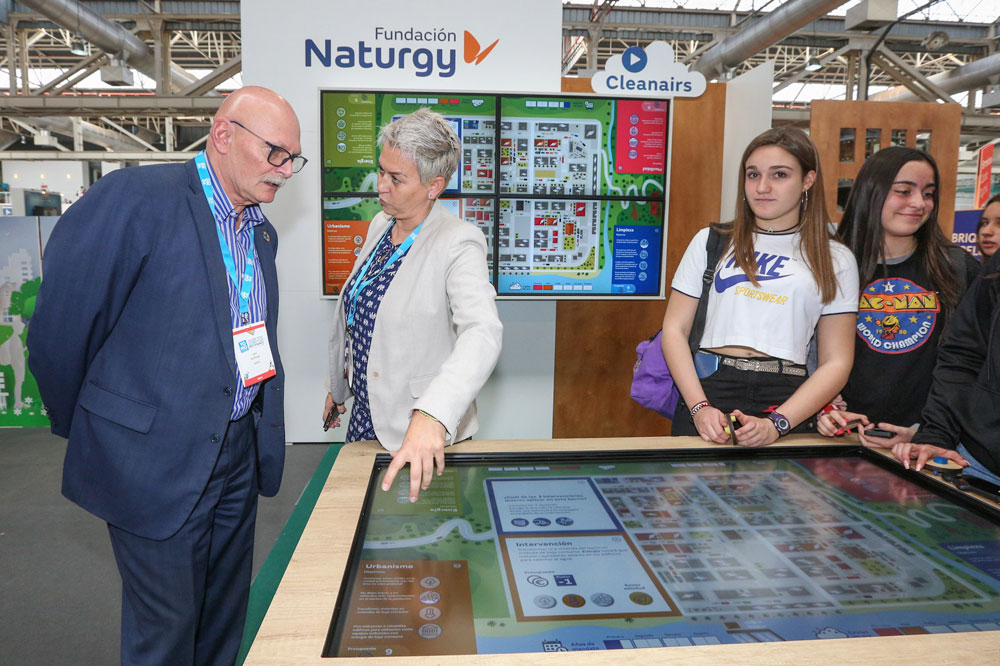 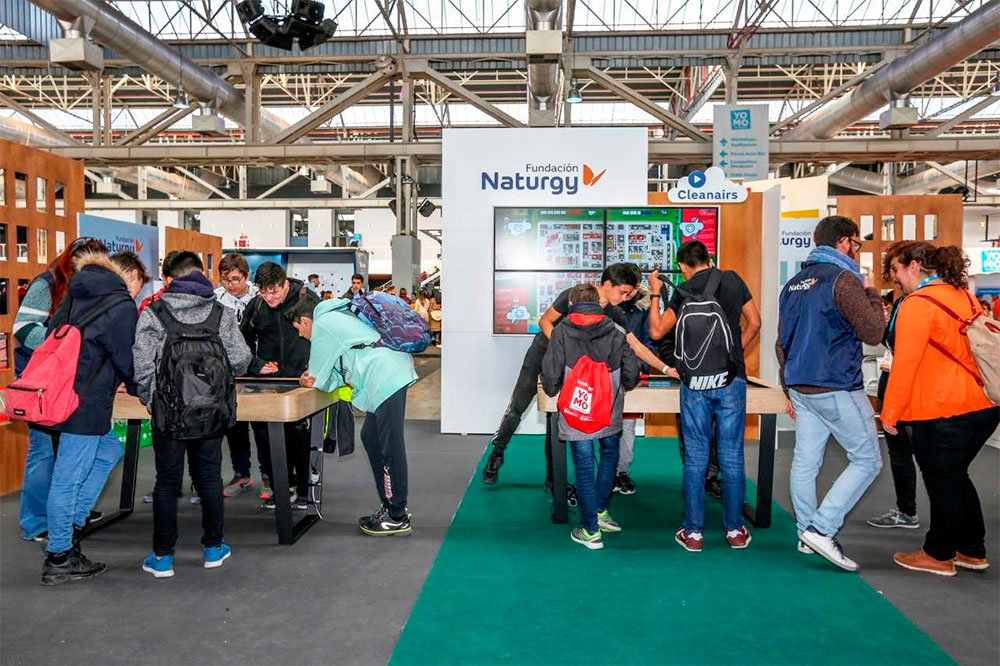 Aimed at boosting the educational, environmental and cultural development of society, the Naturgy Foundation presents an initiative that shows how the phenomenon of air pollution is a key factor for people’s health and the environment. The implementation of different initiatives by administrations, private companies and the public will be an essential challenge to reach the levels set by the World Health Organisation to improve the air quality in our environment.

The air quality game, called Cleanairs, sets the challenge of improving the air quality in a city through actions to be undertaken by four hypothetical council authorities represented on an interactive table.

During a match that represents a four-year political mandate, players accept the challenge of promoting public policy on energy, urban planning, mobility, cleaning and waste management. In this way, players deal with major issues in managing a city that also have a direct impact on the quality of the air we breathe.

Cleanairs is a game played by several different groups in a single match at the same time. As the various participating teams make decisions from their respective council authorities, the actions they take are projected on a screen in real time using a new digital format. This means that players work on negotiation, civic spirit and social commitment while the audience watching the game can develop its critical opinions and analyse the policies being promoted, compare the different opinions and assess the consequences of the decisions taken by each team. The game about air quality can be played at various difficulty levels and is led by a teacher specialised in environmental affairs who encourages in-depth debate about the future of cities and everyone’s commitment.