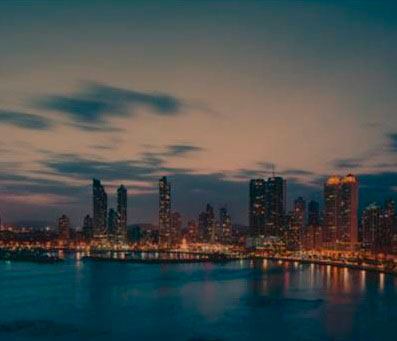 To celebrate the 20th anniversary of Naturgy’s arrival in Panama, from 14 May to 12 July 2019, we will hold an exhibition in the Ernesto J. Castillero R. National Library.

The Naturgy Foundation exhibition entitled Haciendo historia en Panamá y en el mundo (Making history in Panama and the world) follows Panama’s energy evolution through the social changes that led to the application of new technology and inventions, and also reflects on the present and future of energy.

Haciendo historia en Panamá y en el mundo reveals the history and the features of the energy industry in Panama: the introduction of gas street lighting in 1857 and electric street lighting in 1898 placed Panama City on a par with the great global capitals. Following the influence of the United States before Panama became an independent nation in 1903 and a period of nationalisation of energy from 1958 to 1996, the sector was then privatised and Naturgy arrived on the isthmus in 1998. Over the 20 years in Panama the company has provided innovative energy services, promoting respect for the environment and efficiency through a responsible use of energy. The company activity carried out on the isthmus has meant the energy demands of over 600,000 customers have been met through the 781 MVA installed capacity. It has also driven a social programme designed to benefit vulnerable groups.

The history of energy reveals that it played a leading role in the progress of society. The advent of public lighting in cities lit up the night and broke the agricultural cycle that had previously prevailed. This saw the birth of a new kind of activity which had been previously unthinkable: cities began offering a host of cultural and entertainment options at night.

The exhibition also reflects on the future of energy and the tools available to ensure sustainable energy production. By presenting the different energy alternatives that are available, the exhibition gives visitors the keys to understanding the advantage and drawbacks of all sources of energy to emphasise that there are no magic formulas for solving our energy needs in the future. The coming decades will be marked by security of supply, economic costs and their impact on the environment, as well as mankind’s capacity for technical and social innovation. Encouraging responsible energy consumption with minimal environmental impact through savings and efficiency will be among the crucial issues of our future agenda.

The Haciendo historia en Panamá y en el mundo exhibition forms part of the catalogue of educational programmes with which the Naturgy Foundation seeks to convey values on changing the energy model, conserving the environment and consuming energy responsibly. Founded in 1992 by the power company, the Naturgy Foundation carries out social action programmes in the countries where the group operates, with projects adapted to the culture and requirements of the different places.